Emily is a one-year old female Pit mix. She is a tad shy at first, but is super sweet and a real cuddle-bug. She seems to love kids, likes toys, and loves a good belly …

Get The Cube App

Get the brand new Cube app for your smart phone and take you favorite 80s tunes with you! The app is available for Apple, Android and Blackberry devices. If for some reason your device can …

The 80s was an incredible decade. Disco was on its way out and Techno was making its way in. The 80s was kind of an estuary of music providing a spot when two hugely popular musical eras merged to what eventually become known as “The Big 80s.” The Cube transports you back to those awesome times by assembling the biggest monster tunes of the decade and playing them back to back, 24 hours a day, 7 days a week without commercials. 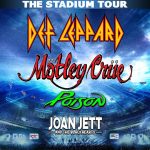 Motley Crue’s agreement, signed in front of the media as they announced their then-final tour in 2014, was believed by many to be proof that they would never perform together again. But as bassist Nikki Sixx revealed at the time, it was mostly a safeguard from any individual or combination of them from going out under the Motley Crue name, even though he boasted that it would never be voided. 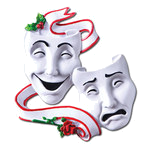 Free to join, the Cube V.I.P. Club gives you special access to events, concerts, and email only goodies. We promise that will not share/sell your information, and we won't beat you to death with emails.

This is a pop up player.